A native of Ireland, Anna Donovan won a scholarship to train at the Royal Ballet School in England when she was ten years old. After performing in Kaiserslautern, Germany she joined the Irish National Ballet in 1973 and was rapidly promoted to Principal Dancer. 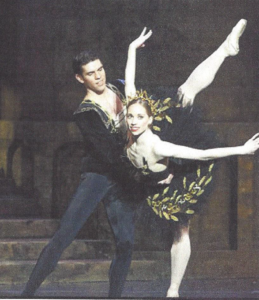 Inspired by Baryshnikov and Fred Astaire, Tom began dance classes at age 4. At 17 he signed his first professional contract with Richmond Ballet. By 25 he was a principal dancer with Ballet West. Now a freelance artist based in Chicago, Tom is traveling the country dancing, choreographing and teaching.